We were lucky enough to get a couple hours of sunshine this afternoon; so much so that it almost felt like spring! I decided to take advantage of the nice weather and head out to one of our local ponds to seek out the wildlife.

It’s a decent-sized pond so lots of people were out walking their dogs, and there were two men quietly fishing (although I never saw them catch anything!) I hadn’t anticipated just how muddy it would be after all the rain and I was wearing the wrong shoes for walking! Needless to say I ended up with wet socks and muddy boots. I did, however, come across lots of wildlife!

There were plenty of ducks on the water, but I tried not to take too many photos. It has become a bit of a running joke in my house that no matter where I go I always end up with photos of ducks. When I first bought my camera and started taking photos, I did a lot of practice on ducks simply because there were a lot of them and they were easy to photograph, but now I try to limit myself. I can’t have a blog that’s just filled with duck photos!

This little coot was very cute though so I had to take a photo. The lighting was very beautiful this afternoon, with the sunshine flickering through the trees and across the water. It made for some stunning photos of the birds, like the first photo where the coot looks golden instead of black. His eyes are so striking and I always think they look like they’re wearing halloween masks!

The water was so still, it looked like silk with the ducks gliding along so effortlessly. There wasn’t any wind so it was very quiet and peaceful, I could only hear birdsong and calls. That’s one thing I love about nature photography – the locations are usually so tranquil, it makes me feel so relaxed and content. 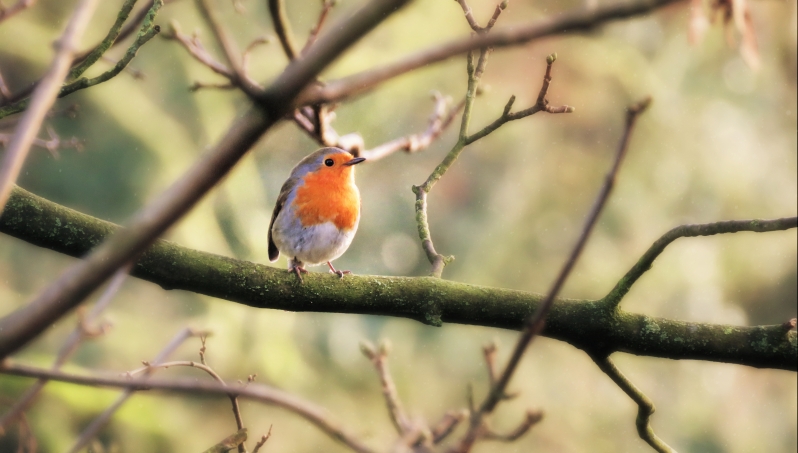 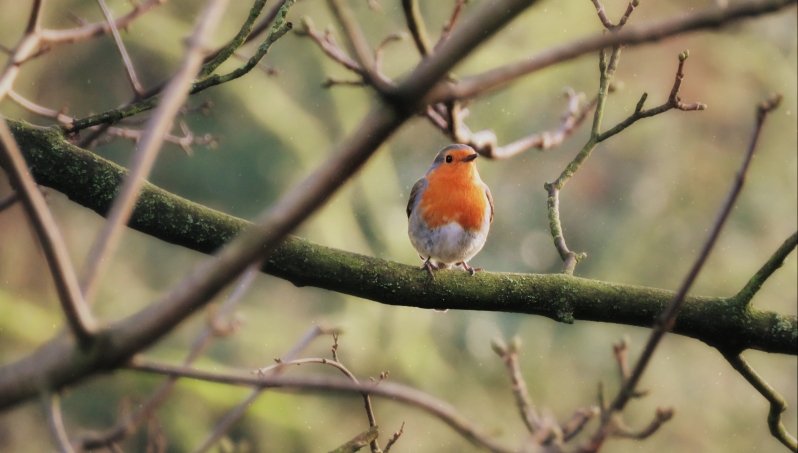 These two photos are easily two of my favourites photos ever. I’ve been wanting to take a really good robin photo for so long. I came close a few months ago but I just wasn’t satisfied with how it turned out. I’m really happy with these two though, the robin is so clear and striking and the lighting has made the photo look golden and almost magical.

He only landed for about five seconds before he flew off out of sight, but we could still hear him singing for quite a while. I waited, hoping he would come back so I could get a few more shots, but after a little while he disappeared completely. 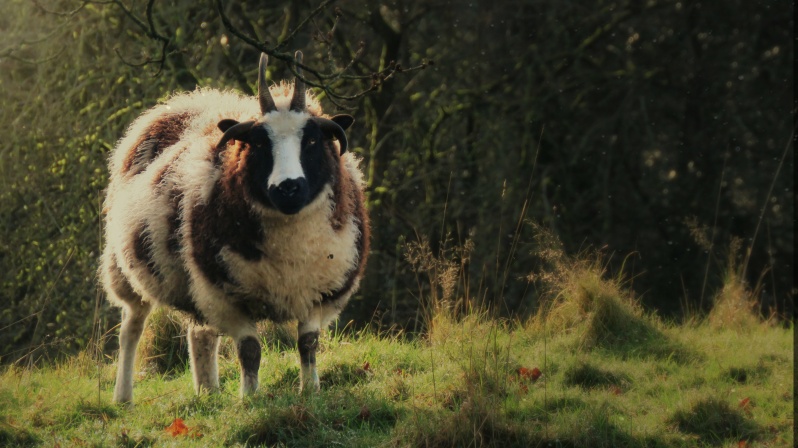 We went through a little gate around the back of the pond and crossed a river. On the other side there was a small field where about five jacob sheep were grazing. As soon as they noticed us they all stopped grazing and just stared straight at us. It was quite unnerving, especially since they have big horns on their head! I snapped a couple of photos and then we moved slowly past them; I didn’t want to disturb them by getting too close or hanging around for too long. I love the colours of their coats and the texture of the wool – they look so fluffy! 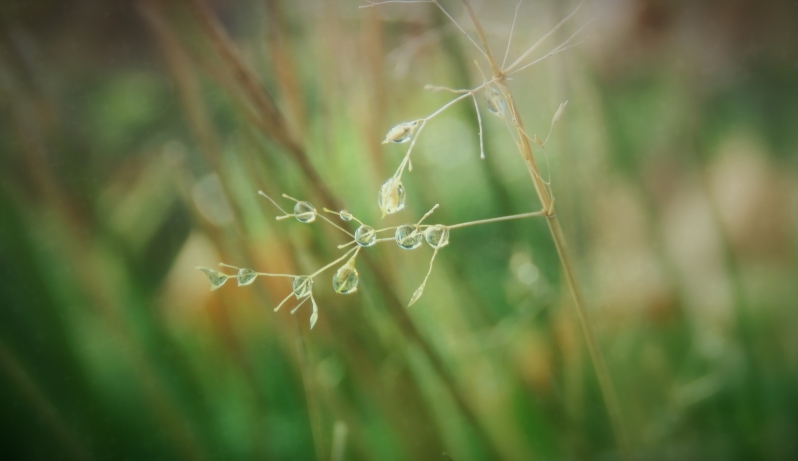 As we began heading back to the car, I snapped a few photos of some flowers. You can tell from the photos that it has recently rained because there are little droplets of water on the petals and stems.

I hope you enjoyed this post, let me know your favourite photo in the comments!