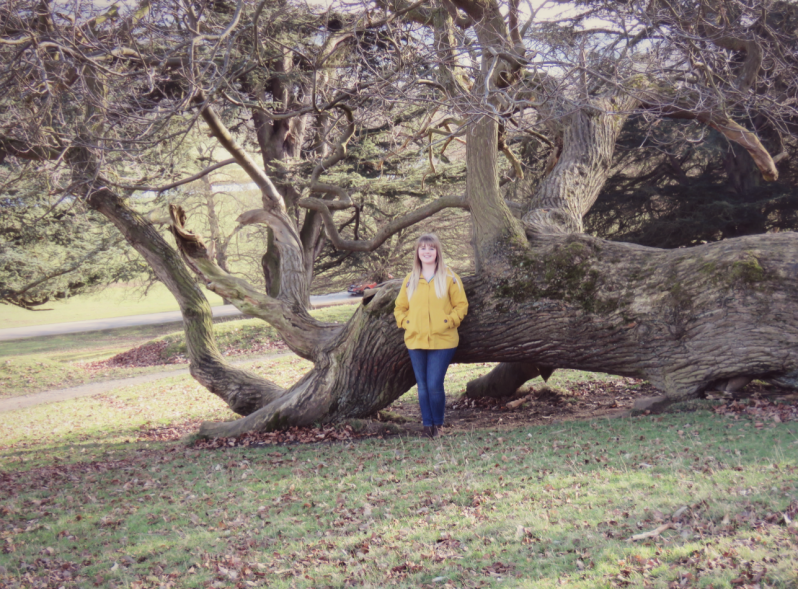 It’s been a good few months since I last updated my blog. I didn’t mean to leave it so long, but I haven’t had a lot of chance to get out and about and take some photos. Hopefully I’ll have more opportunities soon!

It’s the middle of February and we haven’t quite made it through the winter yet, but today was an unexpected sunny day; I could almost pretend that it was springtime. The sun was shining, the birds were singing and I almost didn’t need a coat (almost!) So me and my grandparents decided to take advantage of the good weather and head out for lunch and a little walk.

We went to Chatsworth for a walk by the river and I took my camera, just in case! It’s been about four months since I took my camera out and took some wildlife photos, and I can really tell! I took plenty of photos, but when I came to edit them I found myself really disappointed. I either hated the photo straight away or I couldn’t edit it well enough to like it! I took photos of the views, the wildlife and the house itself, but I’m just not happy with them at all. I hope that this will get better when I start taking more photos again. It feels like writer’s block but with a camera! We walked by the river and admired the wildlife and the beautiful views. I’ve been there many times and I still feel so lucky to live so close to somewhere so peaceful. Chatsworth holds a lot of happy memories for us and we talked about the times we visited when I was a child. Me and my sister would paddle in the river and climb the trees – it was a bit too cold for paddling today though! I spotted a herd of deer across the park and we tried to get closer so I could get some photos. My camera does have a good zoom but we still couldn’t get close enough to get good quality photos. I didn’t want to get too close in case I disturbed them, and there were already a few people trying to get some photos. In the end I thought it would be kinder to leave them be and try again another day, maybe when there are less people around. I really would like to get a good deer photo though, my blog is filled with duck photos!

We somehow managed to get a bit disorientated as we headed back to the car. I think we had been chatting so much that we forgot where we were. We ended up walking about three miles by the time we finally made it back to the car!

It was so lovely to get out and about and get some fresh air. I feel like I’ve been hibernating over winter, I haven’t been anywhere! The lovely weather has just made me more excited for summer again. I can’t wait for long sunny days and more outdoor adventures!

Hopefully I won’t leave it too long before I update the blog again!