Good morning, I hope you’re having a lovely weekend. Unfortunately, I have to work today because I work in retail and there’s no such thing as a weekend when you work in a shop! But I still wanted to write a quick blog post so I can share some of the photos I took yesterday afternoon.

Now that we’re in September and autumn has officially began, the plants and flowers outside are starting to change. There’s a hint of red on some of the trees and there are a few leaves scattered across the street. I enjoy every season for a different reason, but there is something very special about autumn and I find it very cosy!

I thought that it would be a nice idea to take a few snaps before the garden changes completely. Of course I’ll be taking more photos once autumn has fully kicked in and then even more once the snow has fallen near Christmas. But for now it’s a last look at the garden in summer time, even though it was raining! The rain actually made for better photos because everything was covered in tiny drops of rain. Each drop looked like a little jewel, delicately placed on each leaf and petal. This picture was my favourite because there’s a real cluster of raindrops, and one clinging on at the edge! I also like it because the edges of the leaf are starting to change colour, and within the coming weeks it will slowly change before it falls to the ground. The vibrant green is like the last echo of summer.

Despite the rain, there were actually quite a lot of flying insects around. My Nana noticed a little bumble bee resting on the bee house. She explained how the bees leave their eggs in each of the holes and then block the entrance using leaves. Sure enough, the plant directly beneath the bee house had loads of perfectly cut circles in the leaves, where the bees had been busy gathering enough leaves to block the entrance.

I didn’t know this and I found it really interesting. When I looked closer, I noticed all the red and brown leaves already covering most of the holes. If you look closely, you can actually see a bee inside one of the holes! Bees weren’t the only insect out and about braving the rain. There were also some house flies, blue bottles and hover flies. Flies aren’t usually the subject of photographs because they are usually just a pest insect that you swat away when they come too close, but I couldn’t help but snap a photo of this one because his colours were so vibrant!

I also like this photo because there’s a little spider web in the bottom right corner covered in little beads of water. Spider webs always look beautiful when they’re covered in droplets of water or a sparkly frost, don’t they? These flowers were already starting to lose their petals, and the grass beneath was covered in them, but this particular flower was still going strong. I really like the colours, with the bright yellow centre that fades towards the edges. The edges look almost white compared to that vibrant centre. It will be a little while before we see this flower bloom again!

Most of these flowers were all curled up, except for that one on the left that didn’t get the message. I’m not sure if this is because they bloom later on, or because it was raining and there was no sunshine. Either way, they still looked very pretty. I like that each flower is holding a large pool of water in the centre of the petals, it probably makes a nice drink station for smaller insects.

I thought I would add this photo because I think it’s interesting. This plant is called a corkscrew hazel because the branches are really twisted. Even the broad leaves look a bit curled and crumpled. It’s quite small at the moment but it has a lot of potential to grow really big. I think it will look nice in the winter, once all of the leaves have fallen, because it will really show off the gnarled branches in all their glory.

In the spring, as the leaves start to grow back, it will also sprout some hazelnuts! You can guarantee that I will be there to get some photos of that! 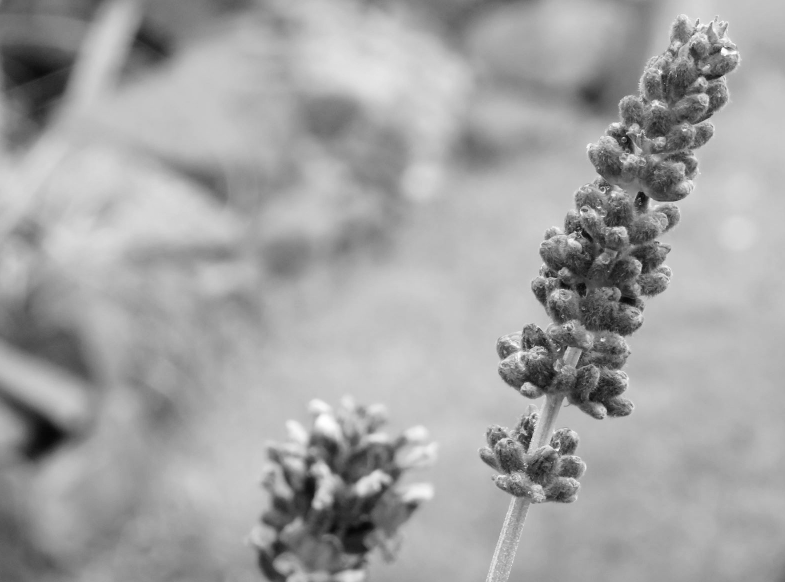 Sometimes black and white photos look a bit nicer than their colourful counterparts. The lack of colour changes the mood of the photo. I like the first photo because the plant looks so soft, almost like velvet. I also like that large droplet of water at the bottom, I’m sure I can see my reflection in it!

I know it’s another fly picture, but I couldn’t resist, just look at those colours! To be honest, that’s not my favourite thing about this photo. My favourite part is the little drops of water on the fly’s body. At this point the rain was really starting to come down heavy, and I was surprised that he was still out in the open. I’m not complaining though, it gave me plenty of opportunity to get a good photo!

I think the colours of this flower are absolutely gorgeous. I actually lowered the saturation when I was editing this picture because the original one just didn’t look real! Even though it will be gone soon when the colder weather hits, the colours match the season perfectly. Pretty soon, all the leaves in the garden will be this colour!

There were a few spiders in the garden, but most of them were hidden behind leaves. I found one that was still standing strong in the middle of the web though, despite the persistent rain and blowing wind. Again, the web was covered in little drops of water and you could see it shimmering from a distance. The spider doesn’t look bothered though!

Another fly! I just like this photo because the fly looks quite cosy in the middle of this large leaf. He was actually there for quite a while cleaning himself, or maybe he was just sheltering until the rain stopped. Either way, I swooped in and took a photo!

I hope you liked this post, and thank you very much for reading! What are you most looking forward to this autumn?