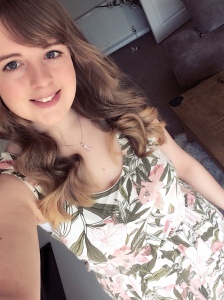 What a beautiful day! Today was the first time this year that I’ve felt warm enough to wear one of my many maxi dresses, and I even had to dig around and find my sunglasses too!

With weather this nice, I couldn’t just sit indoors all day staring at the walls. So instead, I went out and spent the day with my mum.

We did our usual routine of heading to Bakewell for some lunch. We have a favourite shop there where we always go for food. There are plenty of cute cafes in Bakewell, but we’re creatures of habit, and once you’ve found somewhere that you really like, it just makes sense to keep on going!

After a bite to eat and a nice refreshing drink, we headed down to the river.

It was very busy, which we expected, so we sat right by the edge of the river with our feet dangling over the edge. It was such a nice atmosphere with the sun shining, children playing, dogs trotting up and down the pavement and plenty of ducks gliding up and down the river. 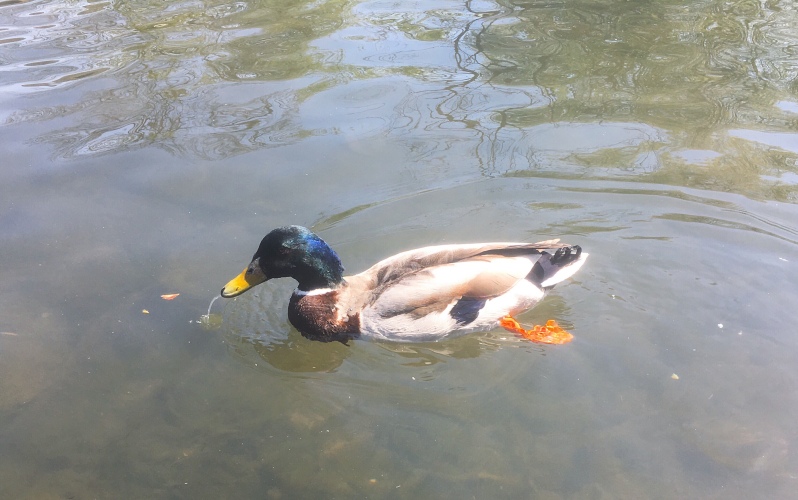 We sat for an hour or so just watching the world going by. We also saw some ring-necked ducks. They were so entertaining because they were diving under the water and swimming around before reappearing somewhere unexpected. They looked like little penguins as they swam around beneath the surface, only to spring back to the surface in a comical fashion!

Next, we travelled a few miles down the road to Chatsworth. The river is much larger and the banks were absolutely packed with people. Many people had brought their swimwear and were paddling around in the river. One family even had a large dingy!

Because the banks were grassy, we were able to lie down and sunbathe for a little while, although I was quite paranoid about bugs crawling in my ears! 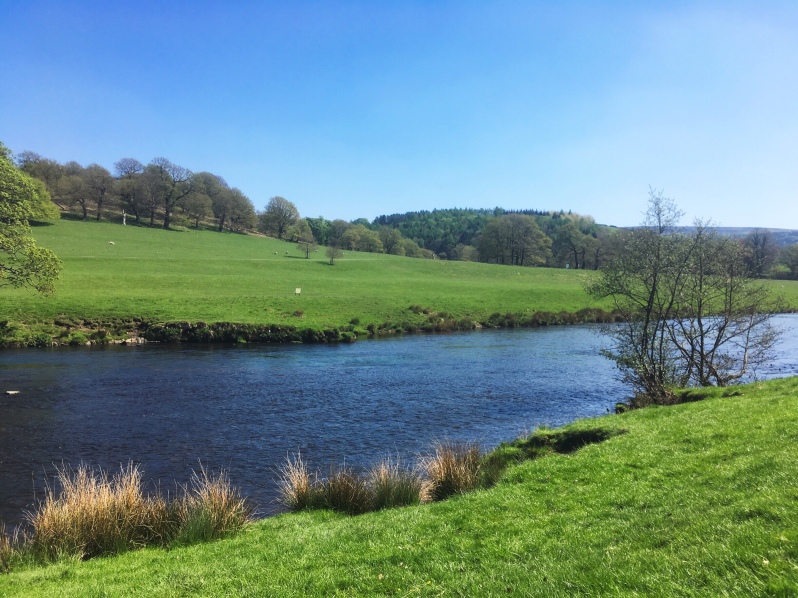 It was so nice to see so many people by the river just relaxing, playing and having fun together. One family near to us set up a barbecue and it smelled amazing!

I can’t help but feel so lucky to live close to such beautiful places.

What did you get up to this weekend? Were you enjoying the weather or were you roped in to work?

Bonus photo: can you spot the fish?