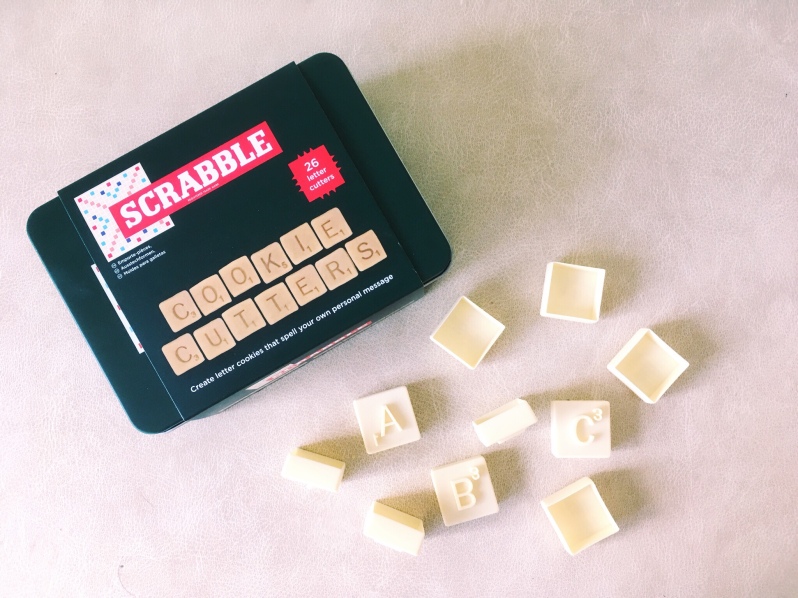 It has been a while since I’ve posted a bake blog!

Tomorrow is my sister’s 25th birthday! I’ve already bought her some presents, but I thought it would be a nice touch to bake her something too.

Scrabble has always been a favourite game of ours, and for Christmas, Pal bought me some scrabble cookie cutters, so I wanted an excuse to use them!

I started by making some simple chocolate cupcakes. I added a little bit of vanilla flavouring just to give them some extra flavour. They turned out really light and fluffy, I was very pleased.

For the scrabble letters, I rolled out some pre-made cookie dough (using my lovely new rolling pin) and cut out the shapes I needed to spell out ‘Happy Birthday’.

The scrabble letters are around twice the size of the original ones, probably because they would go too hard if they were any smaller!

As they baked, the letters and numbers became a little bit less clear, so I filled them in with icing to make them more prominent!

I then topped the cupcakes with chocolate icing and added the ‘scrabble pieces’.

I’m quite happy with the results! I wasn’t sure how they would turn out, and I do wish they were a little bit clearer. They taste delicious though, so I know she will love them!

I had enough cake mix left over to make some more cupcakes. Since I didn’t have any cases left, I used my heart-shaped tin to make some heart cakes! 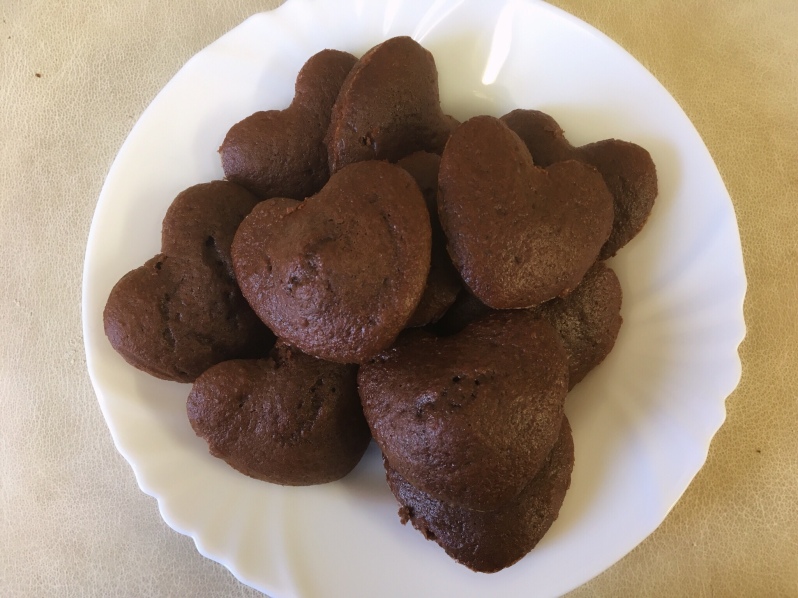 That’s all for now! Thanks for reading.