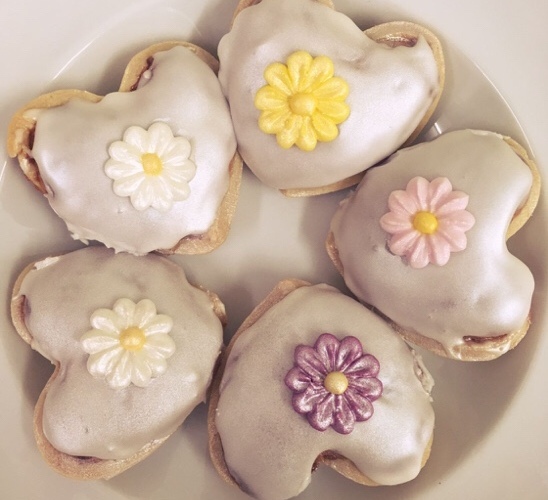 It’s my sister’s birthday this Wednesday, and I thought that it would be quite nice to bake something, especially since she got me plenty of baking bits and bobs for Christmas. One thing she got me was a baking tray with little heart cups, which I’ve used once to make heart shaped brownies. But today, I wanted to be a little bit more adventurous and try something I’ve never done before.

I love bakewell tarts, and decided that it shouldn’t be too difficult to make them in to little heart shapes instead of cooking one big cake – not as easy as I thought! 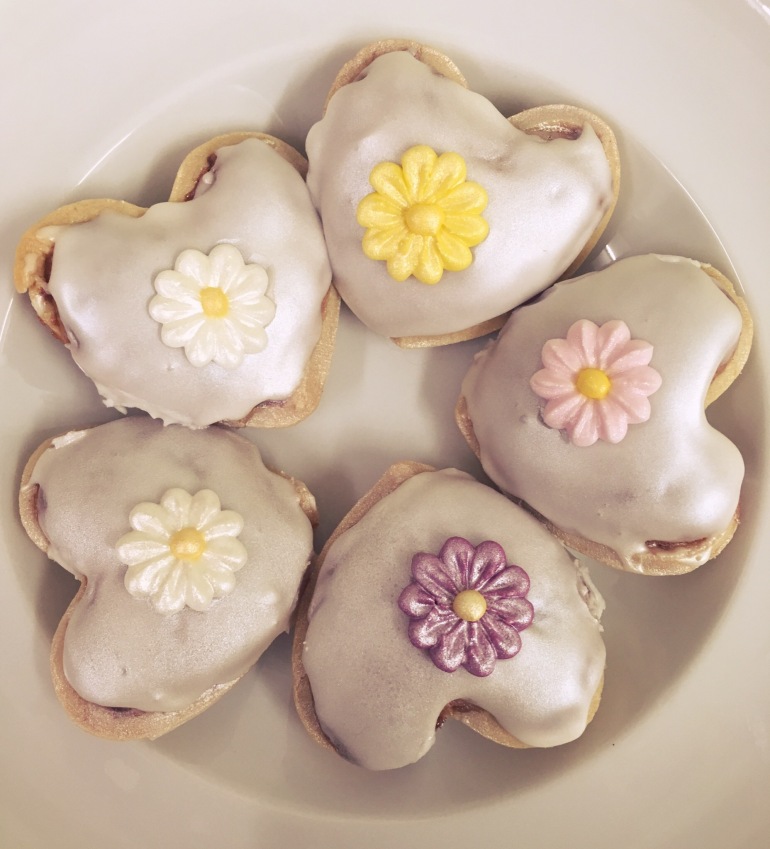 Making short crust pastry is new to me but somehow I managed to get it right. But what I didn’t see coming was the fact that I don’t have a heart-shaped cutter! So I more or less guessed the shape and drew it out with a knife – not my brightest moment!

Then came the cakey part, and I thought I would mix things up a little bit using green food colouring (green is her favourite colour). I put quite a bit in because I knew it would fade once it was cooked, and it has come out a lime-green colour which I think she will really like.

I also decided not to use jam, as she isn’t that keen on it anyway, and instead I used lemon curd – it made it a bit more zingy!

I had to leave the room while it was baking to stop me from checking it every minute and worrying that it wasn’t coming it right. Luckily they worked out quite well!

I decorated them with icing, I’m not the neatest person so they’re pretty rough around the edges but it gives it that ‘home made’ feel. I then added little icing flowers in the centre and sprayed the whole thing with a silver sparkle spray – which really made them look fancy!

There’s still lots more to do on my birthday baking, but I’m hoping that this will be something a little bit different!

View all posts by HollyRobiin